​Maria Montessori, MD (1870 - 1952): The Woman and Her Method Maria Montessori, born in 1870, was the first woman in Italy to receive a medical degree. She worked in the fields of psychiatry, education and anthropology. She believed that each child is born with a unique potential to be revealed, rather than as a “blank slate” waiting to be written upon. Her main contributions to the work of those of us raising and educating children are in these areas:

Maria Montessori was always a little ahead of her time. At age thirteen, against the wishes of her father but with the support of her mother, she began to attend a boys’ technical school. After seven years of engineering she began premed and, in 1896 became a physician. In her work at the University of Rome psychiatric clinic Dr. Montessori developed an interest in the treatment of special needs children and, for several years, she worked, wrote, and spoke on their behalf.

In 1907 she was given the opportunity to study “normal” children, taking charge of fifty poor children of the dirty, desolate streets of the San Lorenzo slum on the outskirts of Rome. The news of the unprecedented success of her work in this Casa dei Bambini “House of Children” soon spread around the world, people coming from far and wide to see the children for themselves. Dr. Montessori was as astonished as anyone at the realized potential of these children.

Invited to the USA by Alexander Graham Bell, Thomas Edison, and others, Dr. Montessori spoke at Carnegie Hall in 1915. She was invited to set up a classroom at the Panama-Pacific Exposition in San Francisco, where spectators watched twenty-one children, all new to this Montessori method, behind a glass wall for four months. The only two gold medals awarded for education went to this class, and the education of young children was altered forever. 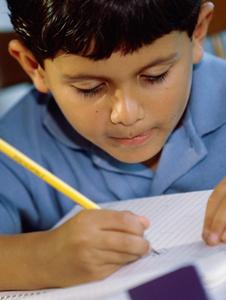 Education is a natural process carried out by the child and is not acquired by listening to words but by experiences in the environment.